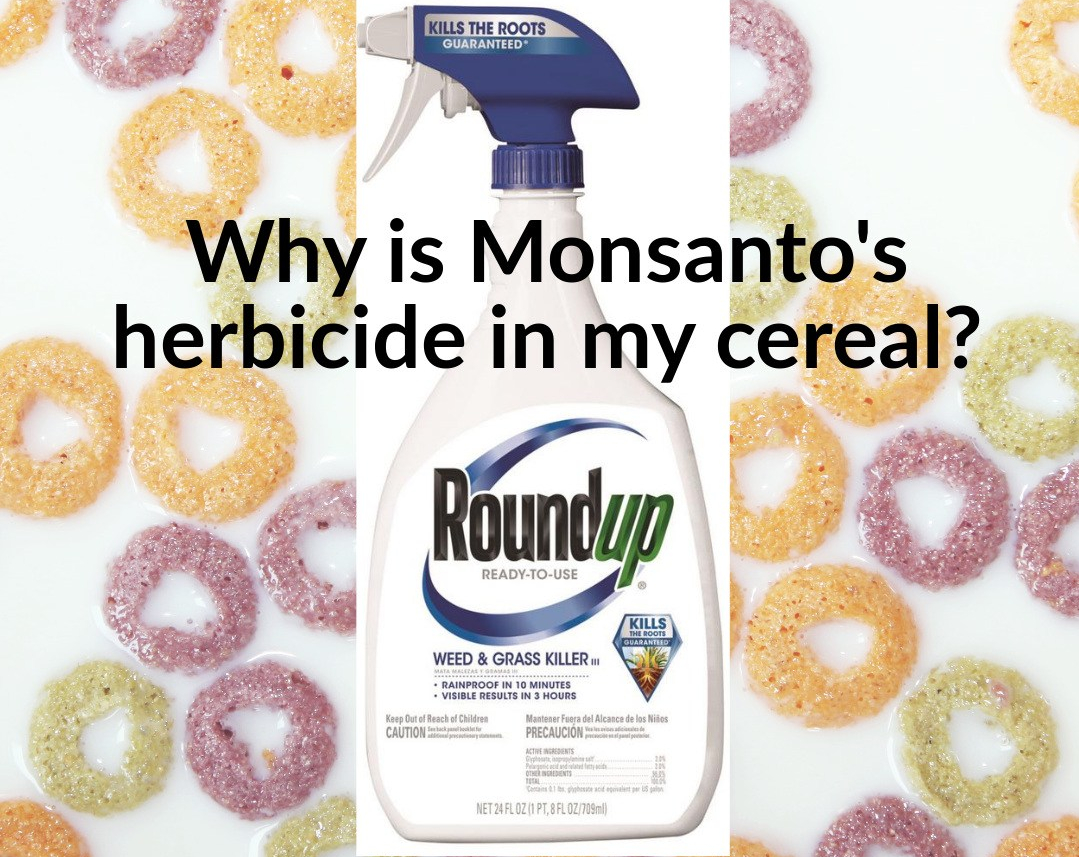 Carey Gillam’s 2017 book Whitewash: The Story of a Weed Killer, Cancer, and the Corruption of Science investigates the controversial history of the most widely used herbicide in the world, and details Monsanto’s efforts to influence federal regulators, spin the science, and discredit anyone questioning the safety of their profitable herbicide. The corruption of science documented in Whitewash is critical reading for those looking to better grasp modern food policy, document the collusion between government and industry, and witness the amazing power of food corporations.

Below is my review of Cary Gillam’s 2017 book Whitewash: The Story of a Weed Killer, Cancer, and the Corruption of Science… my book review is published in the current issue of Gastronomia (May 2020).

Since Whitewash was published in 2017, much has unfolded for Monsanto and their controversial herbicide, glyphosate, and for thousands of people living with cancer around the world. Numerous efforts to ban “Roundup” and other glyphosate products have been proposed in European countries, and there have been dozens of regional bans by school districts and cities within the United States. There are over 40,000 lawsuits filed against Monsanto by people whose lives have been impacted by non-Hodgkin’s lymphoma (US Right to Know). And in 2019, Monsanto became a subsidiary of Bayer, and their new parent company is now paying out billions of dollars in settlements with cancer survivors and their families who claim that Monsanto not only knew their controversial herbicide was carcinogenic but also intentionally covered up the cancer link in an attempt to maximize profits.

Whitewash investigates the controversial history of the most widely used herbicide in the world, and details Monsanto’s efforts to influence federal regulators, spin the science, and discredit anyone questioning the safety of their profitable herbicide. Through numerous Freedom of Information Acts (FOIAs), Whitewash reveals Monsanto’s strategies to funnel industry messages through a hidden alliance of public “experts” ranging from university professors to mommy bloggers. FOIAs also unveiled Monsanto researchers “ghost-writing” research studies touting the safety of glyphosate and then giving these studies to “independent” researchers for publication, allowing their own research to appear unbiased. Carey Gillam’s investigative reporting, based on internal documents and communications between Monsanto and federal regulators, “make[s] clear how corporate players and a consortium of public and private scientists have manipulated regulators and lawmakers into green-lighting ever-higher uses of this chemical even as danger signs mounted” (p.3).

A significant portion of Whitewash details the outcomes of two contradictory reports on glyphosate published within a year of each other.In 2015, the International Agency for Research on Cancer (IARC) declared that glyphosate was “probably carcinogenic” to humansbased on the best available peer-reviewed research. The following year, the Environmental Protection Agency (EPA) released their own analysis, which contradicted the IARC report, claiming that glyphosate was “not likely” to cause cancer. FOIAs uncovered Monsanto’s communication with EPA officials in the months after the IARC report, the EPA’s reliance on research funded by Monsanto in their assessment, and Monsanto’s successful efforts to remove a specific scientist from the EPA’s advisory panel during the 2016 review of glyphosate.

The corruption of science documented in Whitewash is critical reading for those looking to better grasp modern food policy, document the collusion between government and industry, and witness the amazing power of food corporations. In the afterword, Gillam writes that “Monsanto and its herbicides are merely the poster children for a much larger problem of pervasive pesticide use and a need for paradigm change. The evidence is overwhelming that our regulators are not protecting our interests” (p.257). While this quote is describing the dysfunctional regulatory environment that allows a powerful agrochemical company to determine the safety of their profitable pesticides and genetically modified seeds, it also speaks to the wide-ranging corruption of science evident throughout the food industry. The food industry’s influence on nutrition research, and its use of conflicted research to drive sales, has in recent years been highlighted by investigative journalists as well as by Marion Nestle (2018) in her book Unsavory Truth: How Food Companies Skew the Science of What We Eat. Whitewash’s coverage of the revolving doors between industry and government, and Monsanto’s successful efforts to derail contrarian findings, is a significant contribution to this body of work, highlighting how frequently food companies spin the science to increase profits, regardless of the consequences to society.

Carey Gillam covered the “ag beat” as an investigative journalist for Reuters beginning in 1998, when Monsanto’s genetically modified crops were first entering the marketplace, and she knows their story well. Gillam devotes a chapter to “The Roundup Ready Rollout,” detailing how Monsanto’s GM crops helped the company triple sales of glyphosate while the company claimed that their new herbicide-resistant crops would somehow reduce herbicide use. Other chapters cover “When Weeds Don’t Die, But Butterflies Do,” the “Uproar in Europe,” and “Weed Killer for Breakfast.” Gillam seems to have written each chapter as a stand-alone piece, and therefore academics can easily excerpt specific chapters on food safety, international food policy, or the communication of science. A downside of this ability to excerpt chapters was some redundancy when reading the book from cover to cover. Another constraint is that Gillam is an investigative journalist, not a scientist, and the information obtained through FOIAs is not adequate by itself to prove a cause-and-effect relationship between glyphosate exposure and cancer. Instead, Whitewash only reveals Monsanto’s efforts to cover up the cancer link, which suggests a connection but does not conclusively prove it.

The information obtained through Freedom of Information Acts by Carey Gillam and her colleagues at US Right to Know have exposed levels of corruption that many academics and consumers have suspected for years. These revelations, as well as those shared by whistleblowers within the EPA, have already helped bring justice to cancer victims and given a voice to the numerous scientists and reporters who have been attacked for investigating the potential downside to the most widely used herbicide in the world. It is sobering to ponder why there is still no official program for testing glyphosate residues in foods, especially considering that the USDA’s Pesticide Data Program routinely tests foods for pesticide residues and publishes the results of these tests each year. Books like Whitewash (and Unsavory Truth), which expose the deep levels of corruption that mislead consumers and undermine public health, have the potential to usher in a new era of transparency in food and nutrition research, push for stronger regulations, and help ensure the safety of the food supply.

PR Watch (2017).  The Poison Papers Expose Decades of Collusion between Industry and Regulators over Hazardous Pesticides and Other Chemicals.  Retrieved from: https://www.prwatch.org/news/2017/07/13269/poison-papers-expose-collusion-industry-regulators-hazardous-pesticides-chemicals