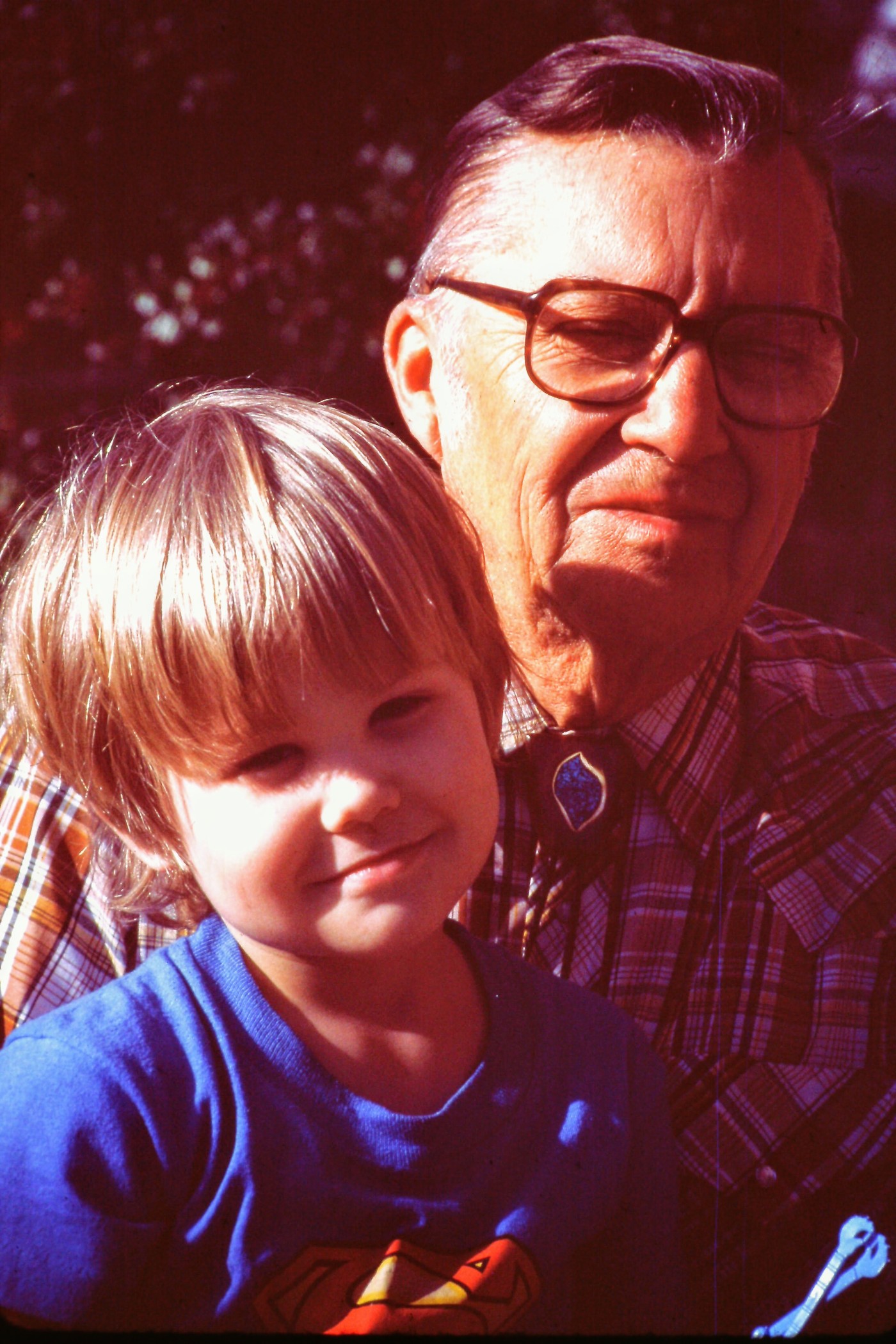 As an undergraduate nutrition student, one of the most impactful assignments I ever had was to interview my granddad about what he ate growing up.  I learned that he grew up on a subsistence farm, growing about 80-90% of the food he ate, and he was part of a generation that knew how to grow, process, and cook their own food.  He didn’t just milk cows; he made his own butter and cheese.  He didn’t just grow wheat; he took it to the mill to grind into flour.  When I would visit him in the Summer, he would wake up at 6am and prepare homemade corncakes for my breakfast, then we would tend to his garden and harvest veggies for that night’s dinner.

I often reflect on how my Mom’s generation cooked from-scratch meals every night for dinner but used ingredients from the supermarket because we didn’t have a backyard garden.  And now my generation still knows how to cook from watching our parents but chooses to instead eat meals prepared outside of the home, and only cook on special occasions.  I don’t have kids, but my nieces and nephews are growing up eating from their own individualized pouches – everything comes from a box that is quickly opened, consumed, and discarded.  Now that I have taken this Food Systems course, I can name this trend as culinary de-skilling, and it has transformed our connection with nature, our nutritional health, and has shifted power away from consumers and towards an increasingly concentrated marketplace.

This de-skilling has occurred at every possible step along the food chain.  If you want a salad for dinner: you could buy some lettuce, carrots, and cabbage, take them home and prepare them yourself – or you could buy pre-washed veggies to save a step in the kitchen – or you could buy pre-cut veggies to save you two steps in the kitchen – or you could just buy a pre-made salad in a plastic container, and eat it on the car ride home.  Each time that we pay a little extra for the “triple-washed” spinach, or the “instant” oatmeal, or the individual portions of yogurt, we are transferring our power to big food companies that have been “criticized for a long list of purported negative impacts on society and the environment…(and) disproportionately affect the disadvantaged” according to Phillip Howard’s Concentration and Power in the Food Industry (2017, p.2).  That pre-washed, Earthbound Farm “yuppie chow” doesn’t just contribute to the consolidation in the food system however; it also contributes a greater food safety risk, a lower nutrient density, and a higher carbon footprint than a loose head of lettuce from a local farm.  In the same way that “deskilling increases control for capitalists but makes us more dependent upon them by eroding our knowledge and abilities” (p. 50), hands-on, culinary based nutrition education programs have great potential to address re-skilling as a moderately-deep leverage point for creating change in the food systemand shifting power back from corporations to consumers.

Howard’s book was a great follow-up to my second favorite reading in this course, which was the Industrialization chapter in Food, Politics, and Society: social theory and the modern food system (2018).  Taken together, these pieces explore the transformation of the American diet over the past 150 years, and how quickly our food system can change.  The Industrialization chapter concluded with the surprising statement that “industrialization is far from a finished process” (p. 92) and went on to discuss cultured meat, biotechnology, and hydroponics as current examples of our food system becoming increasingly industrial.

On the first day of class, while introducing myself to another nutrition student, we discussed how our society needs to “go back” to a time when people cooked from scratch rather than relying on ultra-processed, highly palatable, convenience foods.  This desire to return to our grandparents’ kitchens is a romantic notion, but it is also a regressive approach to healthy eating that is unlikely to be fruitful in today’s sea of infinite food choices, many of which are engineered to boost the de-skilling trend.

My research interests are improving consumers’ understanding of and use of food labels.  It is often said that the healthiest foods don’t have labels, and we should form our diets around unprocessed whole foods that don’t have packaging or labels.  With the current trend of de-skilling over the past century, this seems unlikely for most consumers, and therefore food labels will become increasingly valuable for consumers in identifying healthy, authentic foods.  I will probably never milk a cow or grow my own grains like my granddad did…instead I can help improve the flow of information (mid-level leverage point) between consumers and food companies, and at least help my nieces and nephews to understand the labels on their juice boxes and go-gurts.

This post was a reaction to a Food Systems course I recently took at the University of Vermont.